Week 8 - Working on the polyline feature

This week I started working on the polyline feature. After a lot of investigating and trying out different things, I found a way to call the dragging event manually without any prior click event. VTK actually captures the mouse movement using the MouseMoveEvent. This event is then modified by FURY to only be called after the click event. So I added a new callback to track the mouse movement and set the current canvas as an active prop because it is required to capture the drag event happening on it.

I had to look for some ways by which we could make the icons look smoother. For this, I created an icon test file, which consisted of a set of icons of varying scales. Then on these icons, I used some vtkTexture methods discussed in the meeting, such as `MipmapOn and InterpolateOn. You can see some differences in the icons below: 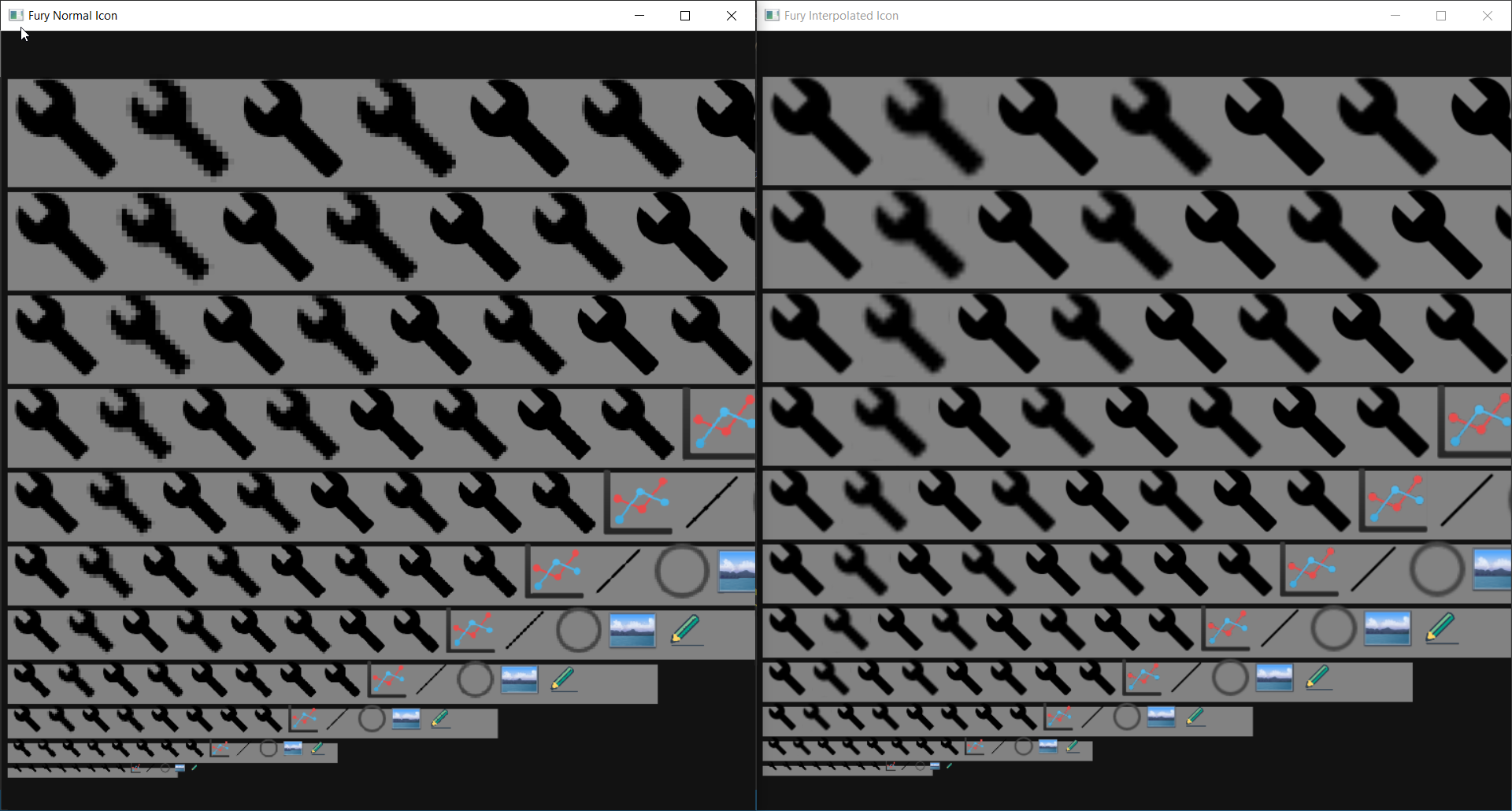 It took some time to get settled with all the things as my college reopened.

I was trying to use shaders with the UI elements to implement the freehand drawing, but then my mentors suggested that I should look  into the tracer widget in the VTK.

Updating PR #623 to keep rotation_slider on the top of the screen.

Looking into various vtk tracer widgets to see if we can use that to create freehand drawings.