I implemented the space filling model for proteins and created a PR for the same.
Preview (protein: 3pgk): 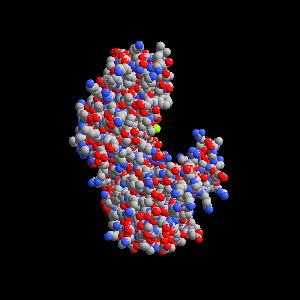 I tried to create a class in python which inherits from a class in VTK called vtkMoleculeReaderBase but was unsuccessful in this endeavour (some classes from VTK can't be inherited apparently). I'll try to find a workaround. Dealing with large protein structures was kinda difficult as it gets computationally taxing to render many molecules. FURY team was pretty helpful and instructed me to use shaders (luckily for me, the shader in question had been implemented by the community members). This resolved the issue of dealing with large files to a great extent.
View Blog Post